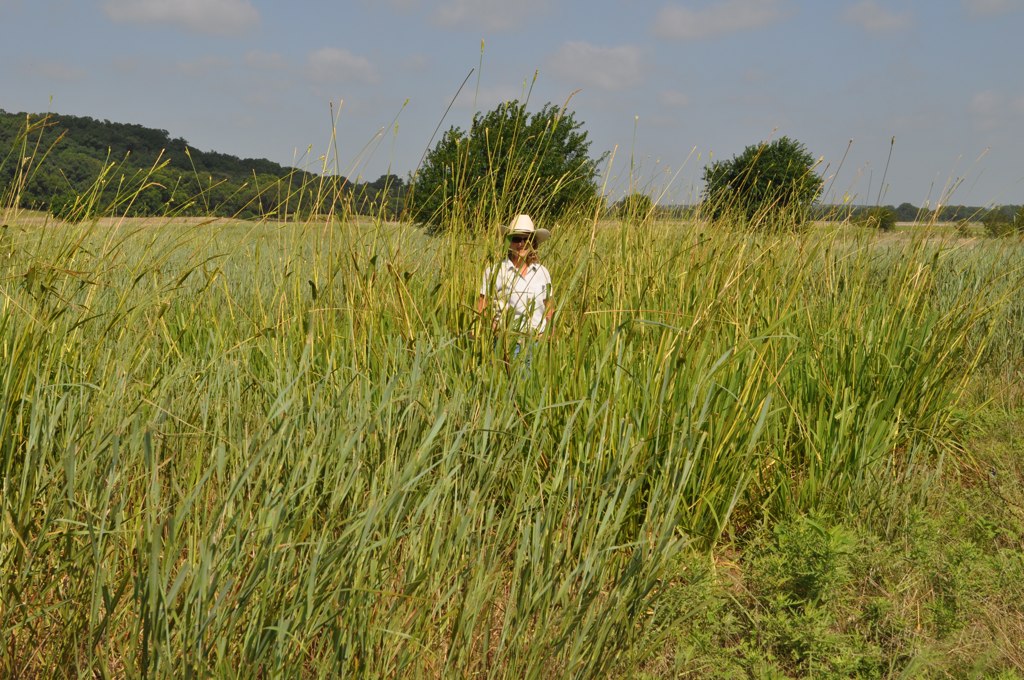 This article is the second in a series describing the various ecoregions of Texas. Different wildlife challenges and opportunities exist in each of the ten ecoregions due to their variation in climate, soil types, terrain, and plants. Doug Jobes of Texas Parks and Wildlife (TPWD) discussed some of the wildlife management opportunities and challenges in the Gulf Coast Prairies and Marshes Ecoregion at a recent land stewardship meeting in Victoria. This article is framed around Jobes’ presentation.

TPWD describes the Gulf Coast Prairies and Marshes Ecoregion as a narrow band about 60 miles wide along the Texas Gulf Coast from the Louisiana border to Brownsville. This area is constantly bombarded by sea, wind and rain which create a tapestry of shallow bays, estuaries, salt marshes, dunes and tidal flats. Because of its proximity to the Gulf, plants in this ecoregion must be highly salt-tolerant (halophytic) to survive.

Native Prairies Association of Texas states that rainfall varies from 20 to 50 inches per year. The growing season is usually more than 300 days, with high humidity and warm temperatures. Soils on the Gulf Prairies and Marshes are acid sand, sandy loam and clay.

Vegetation is primarily grassland types, but with extensive oak mottes and salt marshes. Much of the area has been invaded by trees and brush such as mesquite, prickly pear, oaks and acacias. Tall bunch grasses are the dominant climax species. Certain areas of the gulf prairies contain extensive arundo or Carrizo cane breaks.

Principal prairie grasses are big bluestem, seacoast bluestem, indiangrass, eastern gamagrass, gulf muhly and various species of panicum. Introduced grasses such as Bermuda and carpet are common in pastures and have escaped into uncultivated areas. Salt marshes are inhabited by various species of sedges and cordgrass as well as seashore saltgrass.

The primary brush challenges in the ecoregion are mesquite, Macartney rose and huisache. Mesquite management was discussed in the September/October, 2016 issue of TRACKS under the title, The Mythical Mesquite Tree.

Range specialists with the Texas A&M AgriLife Extension Service say that Macartney rose, also known as Cherokee rose, hedge and rose hedge, presents severe management problems for livestock producers and wildlife managers. Imported from the Orient in the late 1800s as a hedge for fencing purposes, the plant has escaped and naturalized. It now occupies more than 500,000 acres of Texas rangeland.

This rose species forms dense stands that eliminate forage production and hinder livestock management. Macartney rose has some use as browse and for wildlife cover, but if it establishes excessive cover, the disadvantages greatly outweigh its limited merits.

Dense stands can be controlled somewhat by using herbicides, mechanical methods and prescribed burning, but no single method has been totally effective. The most successful approach to control Macartney rose is to implement an integrated system using several methods applied
sequentially. Spray mowed or otherwise disturbed plants with herbicide within 3 years after the occurrence. Avoid spraying earlier than nine to twelve months after mowing or when plants have a high percentage of new growth. Expect poor control if plants are less than three feet tall when sprayed.

Good control of undisturbed clumps can be achieved if they are five feet or less in height and diameter. The plant is easiest to manage when there are low densities of single, small plants.

One method to control Macartney rose is described in a Brush Busters pamphlet produced by Texas A&M AgriLife Extension Service. The method is easy, inexpensive and environmentally responsible. It involves spraying a small but potent concentration of herbicide directly to each plant.

Normally, a 76% – 100% root kill is achieved by spraying Macartney rose with Grazon™ P+D. To prepare the spray mix, add Grazon™ P+D at a concentration of one percent to water. Add either liquid dishwashing detergent or a commercial surfactant to the spray mix to ensure that the spray sticks to the waxy foliage. It may be helpful to add a dye, such as Hi-Light™ Blue Dye, to mark the plants that have been sprayed. See Table 1 for recommended spray mixtures for various sizes of spray tanks.

Wet the entire foliage in the canopy of each Macartney rose plant until the leaves glisten but not to the point of dripping. Spray pressures may need to be 300 pounds per square inch (psi) or higher to penetrate larger plants with heavier canopies.

Huisache is a common plant on rangeland and pasture in the eastern half of Texas. It is a tough, aggressive, invasive species that decreases wildlife habitat value. Controlling huisache is not a one-application job. Livestock and wildlife do an excellent job of spreading seeds, so land managers need to watch for emerging plants and spray them while they are small.

Texas A&M AgriLife Extension Service recommends two ways to control huisache, depending upon tree shape. If huisache have a few well-defined stems or trunks, use the stem spray method. If the plants are bushy, have many stems at ground level and are less than eight feet tall, try the leaf spray method.

Stem sprays can control huisache when applied any time during the year, but best results occur during the spring and summer growing season. A mixture of Remedy™ and diesel fuel oil is a very effective stem spray. Diesel acts as a coating agent to ensure that the herbicide covers the plant and is absorbed well. Recommended concentrations of Remedy to mix with diesel fuel oil are shown in Table 2.

Begin using the leaf spray method in September after late-summer growth has stopped and continue applications through November or until soil temperature drops below 75 degrees F. The same herbicide mixture recommended for Macartney rose control is used as a leaf spray on huisache and the same degree of control can occur.

On large acreage, huisache can be suppressed with aerial sprays containing Sendero™. When using any pesticide, read and follow the product label.

Coastal areas in Texas are rich in wildlife. They provide habitat for hundreds of thousands of wintering geese and ducks which offer opportunities for landowners to derive income from water fowl hunting operations. The ecoregion provides critical resting spots in the spring for neo-tropical migratory birds. Coastal dunes may serve as sentry roosts for north bound Peregrine Falcons in the fall. Coastal waters are often graced by willets, sanderlings, gulls, terns and black skimmers. The avian populations offer opportunities for commercial birdwatching enterprises.

Landowners have been restoring tall grass prairie for several years and the activity continues to increase. Successful restoration results in an array of colorful wildflowers, increases in song bird populations and creation of Attwater’s prairie chicken and Bobwhite quail habitats. Properly managed native prairies offer great ecotourism and hunting opportunities. Attwater’s prairie chickens—members of the grouse family—are different in appearance than domestic chickens due to the two, large yellow-orange glands located on both sides of the male’s neck and the extra set of small wings on the back of the head shaped in an inverted V. Both the glands and wings play an important part in the male mating dance that is well known as booming.

This dance is usually performed on a breeding ground called a lek. A short grass flat, road, or other similar areas are chosen for leks and mating occurs from mid-February to the middle of May. Booming occurs in the morning and evening when the male takes short quick steps with his air sacs inflated, tail feathers erect, and wings drooping. The head then drops and sacs deflate making a low whur-ruitt sound. This beautiful, energetic dance is performed to attract females for mating. The female chooses and breeds with a male, then leaves the lek and finds a good nesting place possibly in a shallow ditch or recessed area that is usually not too far from the booming ground. If her nest with eggs is destroyed early in the mating season she returns to the lek to rebreed.

Attwater’s prairie-chickens require vast amounts of open space. They were once found on six million acres of prairie along the Gulf Coast from Corpus Christi north to the Bayou Teche area in Louisiana and inland some 75 miles. Acre by acre, coastal prairies diminished as cities and towns sprouted up, industries grew and expanded, and farmers plowed up native grasslands for cropland or tame pasture. Many grasslands species slowly found they had nowhere to go, including the Attwater’s prairie chicken.

Prairie chickens can provide a revenue stream, where there are sufficient numbers. In the Texas Panhandle, communities and organizations provide tours for viewing the booming events of the lesser prairie chicken. Half-day tours cost approximately $75.00 per person and full-day fees are around $150.

After a hen selects a nesting site, her next task is to create what is known as a nest bowl. Upland nesters often make a shallow depression in the ground called a scrape.

Good wildlife management in the Gulf Coast Prairies and Marshes ecoregion is restoring and maintaining native prairies comprised of tall bunch grasses interspersed with mottes of trees and shrubs.

The following references were used in writing this article: